What is Under Keel clearance? 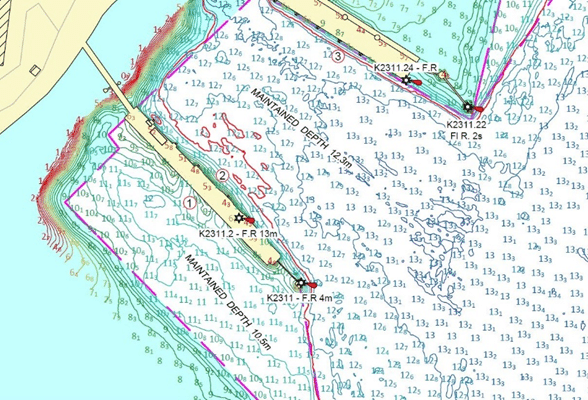 Under Keel Clearance and its management significance

Regardless of hydrological and climatic conditions, this clearance should be sufficient to ensure the ship’s float-ability. As a result of the available Under Keel Clearance, a ship’s directional stability and manoeuvrability will change considerably. The manoeuvring characteristics of a ship may be altered during transit through a natural waterway (rivers, estuaries) where the water extent may vary dramatically during transit both over the channel and between tidal cycles.

During shallow water approaches, the Master is responsible for keeping the vessel afloat. He or she must calculate precisely the under keel clearance a vessel needs and ensure the vessel remains afloat at all times.

Normally, a ship cannot travel safely inside a navigation region if its draught exceeds the depth of water accessible. Moving ships have a difficult time going deeper into the ocean, which results in a significant shift in the vessel’s pressure distribution. The pressure distribution will nearly always grow in size as a consequence of the ship’s movement through the water.

Furthermore, water depth restrictions hinder the ship’s maneuverability in the water in addition to increasing resistance. Boats in the lower range are affected greatly by the Under Keel Clearance (UKC), which can increase the turning circle by significant amounts. This effect is even more pronounced if the UKC has been decreased slightly. Manoeuvrability and UKC become less correlated as one moves up the spectrum. As a result, shallow navigation channels require larger bend radiuses than deeper channels.

If you manage a port, a channel or estuary that sees a lot of ship traffic then you need to make sure you have the most up to date information available to ensure safe passage to the passing ship/ boat. Get in touch today to see how Total Hydrographic can help you with your Under Keel Clearance survey needs.

To discuss the requirements of your next project contact Total Hydrographic today! To read more about how we can help you with mapping your clearance levels Contact us!