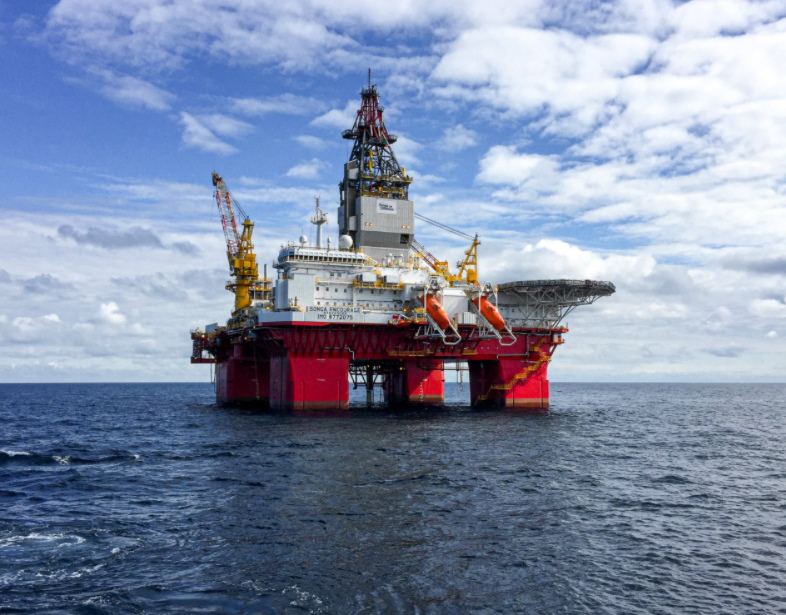 We often think of the two being linked in a deep water environment for the purposes of drilling and exploration. So it came as an interesting surprise to Total Hydrographic when we were enlisted to do a reconnaissance survey for a rig looking to anchor in the shallow seas of Port Phillip Bay.

We were tasked with the objective to provide a feature and hazard detection survey to ensure the intended location of the rig was suitable and safe. To achieve this, Total Hydrographic was able to rapidly mobilise its survey vessel Total 1 to conducted 3 separate surveys across the chosen survey extents.

The multibeam survey was performed using a Dual Head R2Sonic 2020 system and positioned by an Applanix POSMV Wavemaster II with RTK GNSS positioning. This system was fully calibrated and validated before data capture to ensure that the survey exceeded IHO Special Order requirements. This was especially important since Under keel clearance was imperative in this project.

A custom tow fish mounting bracket was designed and fabricated at Total Hydrographic to mount our Tritech Starfish 990f. This allowed for greater stability and control during tow fish operations. The side scan survey was undertaken to identify any features that may not have been detected by the MBES. It was also used to identify any variances of seabed substrate across the survey extents.

A Geometrics G882 towed Magnetometer was utilised to detect any magnetic anomalies which could indicate potentially hazardous ferrous objects present in the survey area.

To provide the data in the timeframe the client required, data was transmitted to Total Hydrographic’s servers during survey to be processed onshore in near real-time

By incorporating three different hydrographic sensors into the survey, Total Hydrographic mitigated any uncertainty of undetected features that may have posed a risk during rig manoeuvre operations. This was just a small example of how both Hydrographic and Gas/Oil industries complement and support each other.

To discuss the requirements of your next project contact Total Hydrographic today!